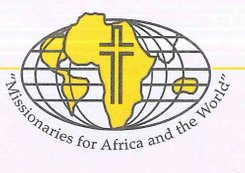 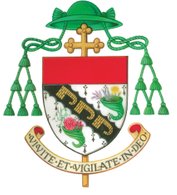 Church of The Sacred Heart, Chirk 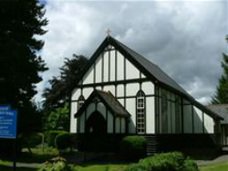 Weekdays     10 am Tuesday and Thursday 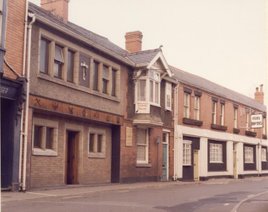 Weekdays  Wednesdays and Fridays at 10:00am

NO SUNDAY MASS (except on Remembrance Sunday at 11:30am

(Shared Church with Church in Wales) 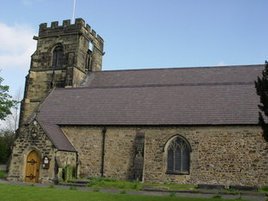 The history of the churches:

CHURCH OF THE SACRED HEART, Chirk

The Church of the Sacred Heart, Chirk was opened on March 17th 1929by Bishop Francis Vaughan. It was built and furnished at the expense of the then Dowager Lady Trevor of Brynkinallt. She was a member of the old Catholic Petre family, who had kept the faith through penal times, when, to be discovered to be a Catholic or found to be attending Mass resulted in a fine, imprisonment or worse.

The Catholic parish, or mission as it was known in those days, had seen its beginnings at the turn of the century, when, from about 1902, Lady Trevor would take a Mrs Pearce, recently settled in Chirk, to Mass in Oswestry in a pony and trap.

Mrs Pearce was the wife of a collier, who came to Chirk seeking employment when Platt Bridge Pit in Lancashire exploded. Both of the Pearces were Catholics — a mixture of Irish and Lancashire Catholicism on either side. They were subsequently to have ten children.

In 1905, a Roman Catholic chapel of wooden construction was erected in the grounds of a hospital founded by Lady Trevor at Chirk Green. At this time, there were about 20 Catholics. Other families had come to Chirk from England. Most of the men were colliers, one being better known as the village pig-killer.

After Lord Trevor's death in 1923, the chapel was removed and Mass was said by a visiting priest in the Drill Hall, until the church, designed to hold 100, was opened. It served a very wide area, the nearest churches being Wrexham and Oswestry.  By this time there were about 40 Catholics in the area.

During the Second World War, Chirk received its share of evacuees Chirk was congratulated on the arrangements for the reception of 100 adults – mothers, teachers and helpers and 258 children from Broad Green, Liverpool. There were, of course, Catholics among them, which swelled the congregation at Sacred Heart. By this time, Chirk had a resident priest, Fr Garret Phelan on loan from Ireland.

In 1948 a convent school, run by Dominican Sisters opened in Chirk and Mass was said in the church by Fr Shannon, who visited from Llangollen.

It was at about this time, perhaps influenced by Vatican II, Anglicans, Catholics and Methodists grew closer together. There were shared services, a revived 'Women's World Day of Prayer' and a Good Friday Joint Walk of Witness being some examples. More recently there is a shared Bible study with both Anglicans and Methodists

For many years now there has been no resident priest in Chirk. So, eventually, the communities of Chirk, Llangollen and Ruabon were combined , with one priest, resident in Ruabon to serve the three former parishes. Our present priest is Fr Moses Amune MSP, from Nigeria.

St Richard Gwyn was chosen as the patron of the three communities.  A poet and schoolmaster, he was martyred for his faith in 1584, by being hanged drawn and quartered in the Beast Market in Wrexham

It is fitting that he is our patron, because it is more than likely that, during the dark days of persecution, he attended Mass in Chirk, at the Edwards' house, Plas Newydd in the 1570s. For the Edwards were recusants and supported the priest-missionaries coming from the Continent, Richard Gwyn being their agent. Those were difficult days.

The name 'Holy Cross' is rooted in some of the earliest evidence of Christianity here in Llangollen. Eliseg's Pillar was erected in the 9'h century by Cyngen, King of Powys, to commemorate his great grandfather, Eliseg. The valley in which it stood became known as the Valley of the Cross, and when the Cistercians arrived to found an abbey 400 years later, that was the name they chose - Valle Crucis.

Some 700 years after that, the early 20'" century found a small number of Roman Catholics resident in Llangollen. However, the outbreak of World War Two in 1939, and the evacuation of significant numbers of Liverpudlians to rural North Wales, saw a dramatic increase in the Catholic population. As a result, Llangollen, jointly with Chirk, was established as a Parish, and Father Patrick Shannon was appointed Priest.

Father Shannon initially held Masses in a room at Grapes Inn, but as his congregation grew, he moved first to the Armoury and then to the Cinema. Finally, in 1947, with wartime restrictions easing, he was able to buy a 21/2 acre site on the lower slopes of the castle hill at a cost of 500. Within a year, he had constructed a wooden chapel for a further £350. In honour of Llangollen's Catholic history, it was named the Chapel of the Holy Cross. To mark its opening, a large cross was carried in procession from Eliseg's Pillar and erected on the new site.

Although Father Shannon had made considerable progress in a short time and in difficult circumstances, he knew that the wooden chapel was only temporary. He continued to look for another building plot, or a building suitable for conversion. Unfortunately, he had little success. in 1955 he wrote, "I am afraid the hope of obtaining a chapel for conversion in Llangollen has dwindled ... the only hope now is to build a permanent church on our site."

Sadly, Father Shannon did not live to see his Parish achieve a permanent home - he died in 1956, aged just 48. His successor, however, Father Cyril Schwarz was quite happy to take up the challenge, and in 1957 he bought an old ironmonger's shop, with stores to the rear and an adjoining house on Oak Street.

The work began in February 1958, and was all carried out by volunteers, working in their spare time. Both the architect, Mr F C Roberts, and the director of works, Mr E Marshall of Marshall Brothers, Liverpool, donated their time and skills for free. The plan was to remove the upper stairs and back wall of the shop and carry the building through in to the stores to form the body and sanctuary of the church. The house would become the presbytery, and the remainder of the stores would form the sacristy and parish rooms, providing the social space so essential for a happy parish.

An average of 25 men worked on the building in any week, and it was estimated that over 100 individuals contributed to the project in total. They laid 32 tons of concrete and 9,000 bricks. The altar table, weighing one ton, was cut from Cefn stone and put in place by men of the Parish. Catholics worked alongside non-Catholics; locals alongside non-locals. Such were the persuasive powers of Father Schwarz (himself working as foreman), that a fellow priest was heard to comment that there was "hardly an able-bodied Catholic from Llangollen to Liverpool who was not involved in the building". A sign outside the building read:

Plans found in the Church records suggest that there was some debate over the external appearance of the Church. Given the building's location in the middle of a terrace of very traditional shops (including the local Co-op, complete with its wrought iron canopy), this is understandable.

Eventually, a very modest frontage was decided upon. The only external clues to the Church's identity were a simple crucifix and a series of symbols representing the seven sacraments of the Roman Catholic Church.

From left to right, these are; Baptism, Confirmation, Penance, Holy Eucharist, Holy Orders, Matrimony, and Extreme Unction. Like the Stations of the Cross inside the Church, these items were of very simple, yet modern design, and have stood the test of time well.

Finally, after more than 3 years, the new church was ready. On 27 August 1961, Bishop Petit of Menevia celebrated Pontifical High Mass at the old castle hill site, before leading a procession through the town to bless and open the new Church of the Holy Cross.

As The Universe noted, "Traffic came to a standstill ... people stopped and stared ... Bishop Petit of Menevia in gold mitre, crozier and green silk slippers was walking across the famous bridge ... accompanied by a blaze of colour of Papal Knights of the Holy Sepulchre and St Gregory in their resplendent uniforms followed by clergy and religious and thousands of his flock."

Changes to the Church have been few and far between. Following the Second Vatican Council (1962-1965), it was decided that the Priest should face the congregation during the Eucharist. This meant that he would need to stand behind the altar, and in order to accommodate this, the Holy Cross volunteers swung into action once more. Rather than move the altar, they extended the sanctuary back some three feet - knocking down and rebuilding the rear wall.

The late 1990s saw some much needed refurbishment work undertaken. While this involved some big improvements to the parish rooms, the only significant change in the Church was the installation of stained glass in the tall window to the right of the sanctuary.

You bear for us alone.

You gave us hope and strength to build,

This gift, your church, our home

Chorus from 'Jubilee', a hymn written to mark the 50th anniversary of Holy Cross in 2011

THE SHARING OF THE ANGLICAN CHURCH WITH THE ROMAN CATHOLIC CHURCH

For many years the Catholic community attempted to establish itself in Ruabon:

"From a tiny family — perhaps the least in God's household — of five or six, we have lovingly watched Our Lady's family grow in the service of her Divine Son. Now our gathering in the bare loft we hire for Holy Mass seldom numbers less than 90"

These words form part of a 'Petition for the building of a new church in Ruabon', presented by the Catholics in Ruabon, to Bishop Petit of Menevia, from the Duke of Wellington Inn, Ruabon, 22 January 1953. In 1957 Bryn Hall was purchased for use as a church and the first Mass was said on the feast of St Richard Gwyn, the local Welsh martyr. However, during the next twenty years serious structural faults were discovered and the building unhappily had to be abandoned as being unsafe.

We are ecumenically-minded in Ruabon and the most exciting thing that has happened is the inauguration of a sharing agreement between the Anglican and Roman Catholic congregations. The Roman Catholic Bishop of Menevia and the Anglican Bishop of St Asaph were present when the Sharing Agreement was inaugurated by a joint service of Evensong on Sunday 20 January 1980 during Christian Unity Week.

Both bishops warmly welcomed and endorsed the sharing and gave it their blessing. As we have seen, the possibility of sharing arose because of the dilapidated state of St Michael's Roman Catholic Church. It seemed hypocritical, foolish and uncharitable for £100,000 to be spent on the building of a new church. We have put into practice the famous dictum of Cardinal Mercier, 'We cannot love each other if we do not meet each other'.

The Roman Catholics use the north chapel as the Blessed Sacrament Chapel. We share all things, cleaning, grass-cutting, the cost of insurance and church maintenance. On occasions we worship together and run joint social events. The administration of the church is the responsibility of a joint council composed of Roman Catholic and Anglican members.

The first fruits of our fellowship is the building of an extension on the north west side of the church for church and community use. We are grateful to the Community Task Force for sponsoring the scheme, for providing free labour and the excellence of their craftsmanship. The architectural partnership TACP of Wrexham under the guidance of Mr R.B. Heaton., B.Arch.,FRIBA, has supervised the work. The cost of materials hns been met by the shared congregations and was in the region of £33,000.